Microsoft Teams Migration has undeniably become the need of the hour for most of the organizations. While Teams to Teams migration is the most popular segment of Teams migration, let’s now cover another important module of the Saketa Teams Migrator that allows conversion of SharePoint sites to Teams.

Sharepoint turns out to be one of the most popular collaborative platforms of all time. With more than 70% major companies utilizing its services, SharePoint and Office 365 have been a market leader and continue to hold a strong position there as a major tool that most of the companies cannot let go.
And as Microsoft continues its quest to improve Sharepoint to reach the best of its adaptability, it is sure to remain an inseparable part of the Digital Workplace for many years to come.

SharePoint’s popularity and vast usability are undeniable but with the whole corporate world being reduced to a single virtually connected Digital workplace, new embellishing tools such as Microsoft Teams, planner, etc have emerged as new workplace essentials.
The feats of Microsoft Teams are known to all. Teams combine chats, meetings, notes, etc by integrating it with SharePoint for file storage, planner for task listing, and outlook for mailing features, thus becoming an all in one Teams collaboration hub. Along with the common features like call, real-time chat and multiuser audio/video meetings, it’s extrinsic features such as custom background, live captions, multiple channels, etc. have made it a new normal. Now, even imagining a digital workplace without Microsoft Teams is impossible.

SharePoint is undeniably among the best as well as the safest data storage and collaboration platform, but its scopes of teamwork are limited. It allows multiple users working on the same project but for interpersonal communication, you would need external platforms such as a phone call, a chat-based app, a video calling app, a media-sharing app, or our best companion, Microsoft Teams which integrates all these services.
If we look at the technical aspects of Teams, we get to know that its framework lies on a skeleton of SharePoint itself. When a Team or Channel is created, it is done by leveraging storage platforms such as SharePoint. If you already have SharePoint, all the data and files being used in the Teams use SharePoint as their storage or data source.

Many organizations including us felt it to be the wisest decision to migrate SharePoint to Teams so that they can enjoy all the advantages of SharePoint within Teams and vice versa. As there are no effective options of easy migration available, Teams migration has become a matter of great concern for many industries who now need to assign dedicated technical teams just specifically for this purpose.
Working on SharePoint as well as Microsoft Teams side by side is possible but it involves continuous navigation between one platform to another which cannot be called quite convenient for the employees.
Therefore, we came up with this quick and easy solution to all your migration problems where such complex processs will be nothing more than a matter of a few clicks for you.
Effortlessly reorganize your communication and collaboration structure to the best while Saving your precious time and effort and let us take care of the hassle in turn.

After the migration is done, SharePoint still remains the backend for the Teams to which it is migrated, and we are left with two options to use it:

The user is free to use the SharePoint in every aspect that it was used earlier. It can act as its usual data storage and collaboration platform

The dedicated Teams that the SharePoint has been migrated to can be accessed directly through the Microsoft Teams app and all the edits or collaborative acts by the user automatically gets saved in the corresponding SharePoint document library.

Along with all the SharePoint features, if features of Microsoft Teams is integrated, it can multiply its productivity to 10 folds.
Call: Teams supports calls. So if a SharePoint is migrated to Teams, it will allow you to go for calls even while you are working upon a document.
Chat: Teams supports real-time chats that SharePoint doesn’t support. If a SharePoint site is migrated to Teams, you can utilize the real-time chat feature while working on the same document with your colleagues
Meeting: Teams will allow meetings involving multiple stakeholders that isn’t possible in case of normal Sharepoint files. A single message needs to be conveyed individually in case of SharePoint which now becomes so much simplified by just dropping a single message in a Teams having all the stakeholders as its members.
ShareScreen: Multiple users can work upon on a single file in SharePoint but when any discrepancies occur, the only way to communicate is texts/calls accompanied by screenshots whereas, after migration to teams, the Screen Sharing feature acts as a great aid in this aspect.
These features make the remote workplace much more interactive and get rid of slower modes of communication such as email to a large extent.
Therefore, SharePoint to Teams migration is highly recommended.

Saketa Teams Migrator Module along with its set of new capabilities comes with all the pre-existing superb features of Saketa migrator such as:
Schedule migrations: Schedule your migrations to run in your favorite hours. Along with it, you can also set up your priorities so that you migrate the ones most important to you first and then go for the others gradually.
Turbo mode: The user gets to enjoy the high-speed migrations with Saketa turbo mode. You get the convenience of choosing the pace of your migration according to your convenience.
User and Group mappings: Our migrator directly maps all the users in the source and destination. But in case, there are orphan users in the source who don’t exist in the destination team, you can map those source users with the available target users and migrate accordingly. Handle the unresolved users and run the smooth migrations without any failure due to the missing users at target. 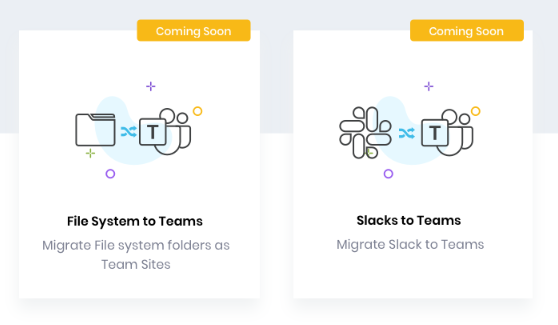 For our Existing users

Saketa has always believed in being the customer’s brand, so why not gift them something that they will love.
If you are one of the Pre-existing users of the Saketa Migrator, we are providing the Teams Migrator Module to you without any additional charges.
And about the new customers, you are free to go for the entire Saketa SharePoint Migrator which will include Teams Migration module too or you can simply opt for Saketa Teams Migrator as a separate entity.
If you haven’t tried our Saketa Migration tool yet, you might be missing out on a very convenient and seamless experience.
Try out our Saketa Teams migration tool trial and then decide for yourself.

Useful Tips From Experts and Simple (But...

Insolvency and Bankruptcy Board, Insolve...

There are no comments to display!!